In the 1998 Jim Carrey plays the role of Truman Burbank in “The Truman show”, an extraordinary interpretation in an apparently simple film. Mr. Truman realizes to be the protagonist of a show seen by million of people. His life is in the window, it is a complex composition of fact and fiction, of real and no real, where nothing is private and personal, but of public interest.

“The Truman show” confirms everyman’s wish to be in plain view, to become a protagonist; a wish taken to extremes and made public. The film inaugurates a new television season characterized by a large number of reality and talent shows that present, not always in a realistic way, people, emotions and small talents found among the common people. 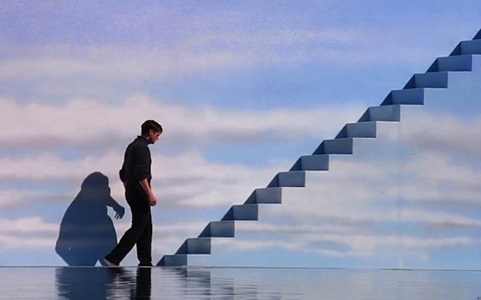 Thousands of people get patiently in line for castings only to have the opportunity to participate, even for few seconds, to a reality or a talent show; a role reversal where some of the viewers become protagonists for the purpose of getting popular, loved by the other viewers tired of seeing “the usual” show personalities to reply similar clichés.

A game of roles with rapid changes, between anti-personalities and audience

Then, actually “in the meantime”, Internet has established itself and everybody turned instantly into Mr. Truman, each of us able to share immediately personal thoughts and daily banalities; an exhibition itinerary posted on social which, day after day, testifies openly our life.

But there is a great great difference! Truman Burbank was forced to be in the window, we cyberusers, voluntarily show ourselves through “the social”

At the heart of this exhibition process of our selves we find Facebook, the social network, the window par excellence.

Just a few days ago Mark Zuckerberg has announced an extraordinary goal reached by Facebook: two billion of users connected at least once a month.

The more and more frequent use of multimedia material such as photos, audios, videos, makes the “social” exhibition itinerary more and more immediate. The time of spreading is more and more rapid. Our ID on the ID card, intact for years, doesn’t represent us anymore. It is replaced by the photo of our Facebook profile, a photo we frequently change like our look and mood.

We seek popularity, confrontation, chitchat, consent. We try to assert our uniqueness via web, well aware of being only one among billion of users connected online, no longer mere spectators, not entirely true protagonists.

The central role of Facebook is confirmed by other statistics:

Heralds in a world invaded by advertisements,

Replicants in a world of replies,